This month from the archives we pay tribute to a Hi-Laker whose love of the mountains surpassed his life on this planet. Ben Eacker (1976-2018) was a talented angler with an unquenchable thirst for adventure. Follow along in this true story of survival and will power. Thank you, Ben, for this important reminder to prepare for the unexpected when venturing into the mountains alone – Tony Curless, HL communications office

[Originally published in the September 2001 issue of the Hi-Laker newsletter with the title “Big Ben Strikes Out.”]

Dream Lake…… I am glad to be back!

I had climbed Mt Adams on Saturday and Sunday; then Mt Rainier on Monday and Tuesday. We hit the summit on Tuesday morning and got back late Tuesday night. That is when I decided to unpack; do laundry; and then repack to head up to Smith Lake via Dream Lake. I timed it perfectly and hit the trailhead at the crack of dawn on Wednesday morning.

The going was slower than ever up to Dream Lake as I had gotten little sleep in the past five days and none since Monday night because we woke up at 11:00 PM to go for the summit Rainier. It was still high waters in Big Creek which made travel slow.

I reached Dream Lake at about 9:30 AM. I fished there for a little while and then packed it up and headed for Smith. I could tell I was very tired, and the sun was really getting to me since it was a hot day. Next thing I knew I slipped off a large boulder and fell about eight feet. When I landed my foot was lodged between two smaller rocks and my ankle felt like it was broken.

I was about to the halfway point between Dream Lake and Smith Lake. There was no way I could put weight on my leg, so I jury-rigged a splint to stabilize it, and painfully hopped my way back down to Dream Lake. It was slow going but it was my only choice. I finally arrived there and looked at my watch. Yikes! 9:00 PM. Where did all the time go?

I reluctantly decided to stay at Dream Lake since I really did not have a choice. I actually slept in my Curtis Raft so I could soak my foot in the lake. This did not help much because the water was already surprisingly warm. When I woke up my foot looked like a football. The ankle region was completely black and discolored. There was no way that I was getting my boot back on, as if it would have mattered. I then hopped around and found some nice pieces of wood to make crutches. I packed up and hit the trail with one working leg.

Getting through thick brush and negotiating the slick rocks in Big Creek was next to impossible. I fell in many times. It was a painful traverse down towards the Taylor River trail. Thursday night I ended up sleeping on a large rock next to the creek. At least I could soak my foot that way. I estimate that I made it within 1/8 of a mile till you pop out of the creek bed and onto the rough trail.

Friday was easy traveling. Once in the woods it seemed like I could really fly. I was so glad when I made it down to the Taylor River trail. It seemed flat and easy compared to the rest. By now my armpits were cut and blistered so badly from my crutches that I wanted to give up. I was battered and bruised from head to toe from falling so much. When I saw the Taylor Bridge I knew that I was home free.

What a relief it was to get to the car. But wait a minute. How can I drive? I had to start my jeep in gear and use my left foot for everything. Luckily I made it to Edgewick, where I called for a ride. My family was worried and had just called the police. I’m lucky I got back when I did as to not create a big scare.

When I got home my foot was bigger than ever. I immediately went to the emergency room to get x-rays. They found nothing broken, but said that it needed to be x-rayed again in 2 weeks since fractures don’t show up until the swelling is down and you can put a minimal amount of weight on it. I really hoped it was just a bad sprain because I didn’t want a cast. The doctors said that sprains took longer to heal and were more painful than breaks. I believed the pain part, but hoped to prove them wrong on the time issue [ed note: it did turn out to be a very bad sprain].

In time the swelling was finally down enough that I could un-elevate my foot without it throbbing intensely, and I gained some movement of my toes and ankle since my foot is not swollen into one position.

I hope to be on the trail as soon as possible. In the future I don’t think that I will try to burn my candle on both ends like that.

Ben joined the Hi-Lakers in 2001 and the Trailblazers in 2002, and was a member of both clubs until he passed in 2018. During that time he sponsored 57 stocking trips, stocked 14,259 fish, and submitted 151 lake surveys, most of which were filed in 2001-02. Ben died still carrying the scar from the stick “crutch” taken from the mountain meadows, but his spirit rises with us like ripples on the alpine jewels we hold dear. (Thank you to Mick Scott for providing this info and photos) 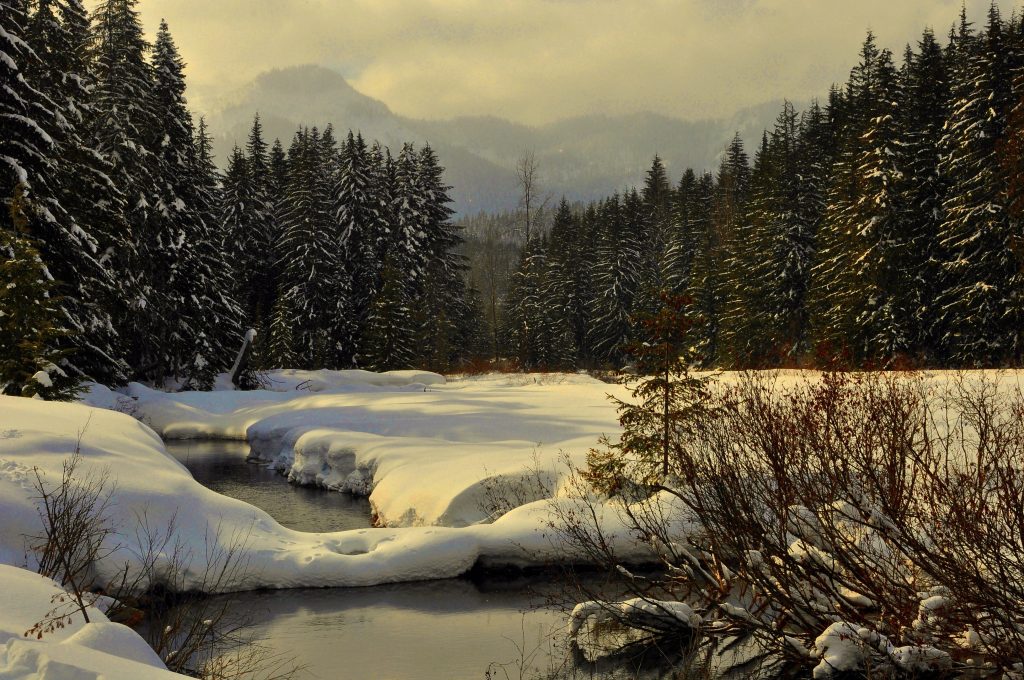 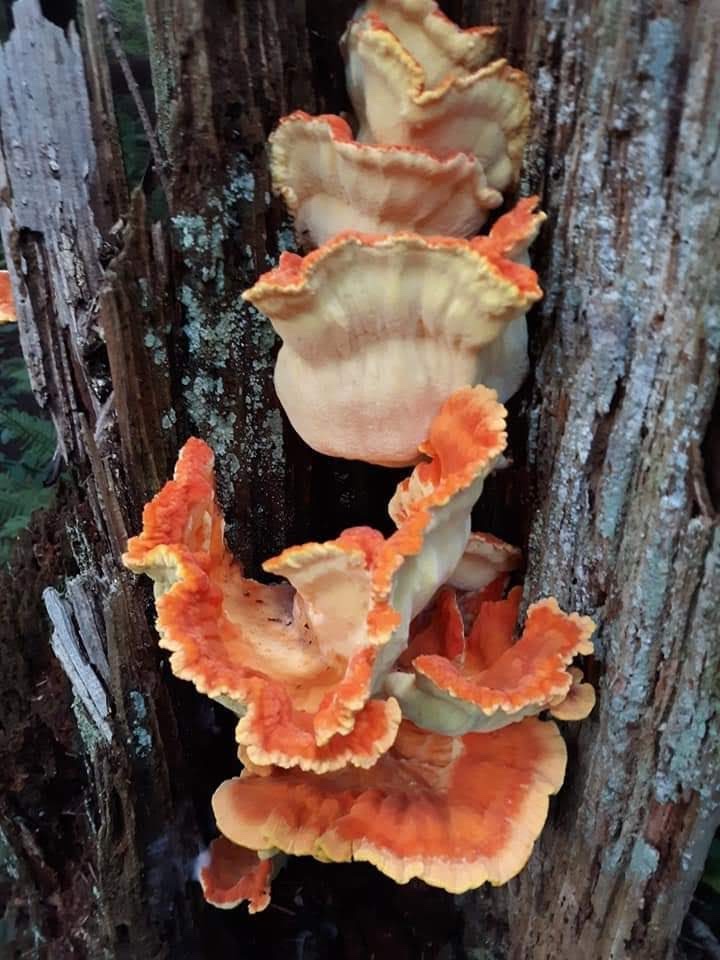 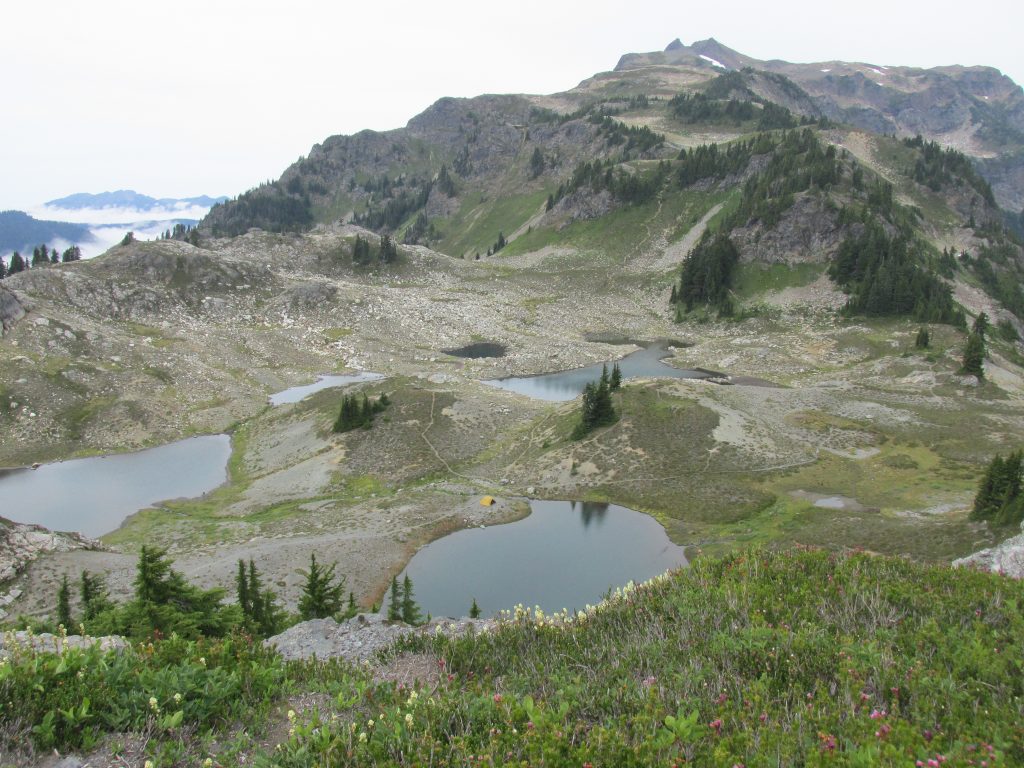 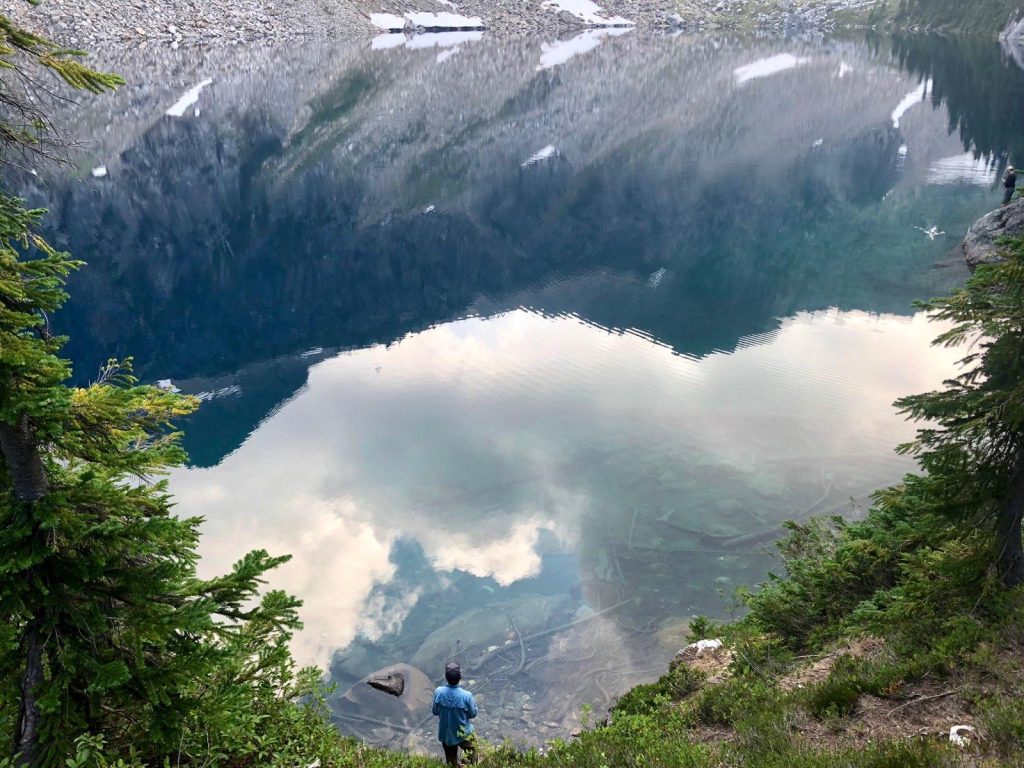