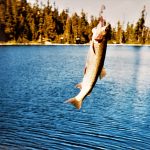 [Note: HL communications officer Tony Curless is mining past HL publications for hidden gems, and here is one such from member Don Wicklund, originally published in 2004.] 2004 Introduction:  As I write this story some nine summers after the trip took place, I find I did some things then that I wouldn’t do now. However, […] 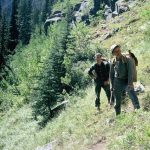 by Randy Clark Tony Curless is mining the Hi-Laker archives for treasure and here’s a satirical piece by Hi-Laker Randy Clark, originally published in 1994 in the very first issue of the club newsletter, “The Alpine Angler.” Generally speaking, most folks in the Hi-Lakers probably asked themselves when they joined, “What will this club do […]

The Club is grateful for the support of local businesses who share our enthusiasm for the outdoors.